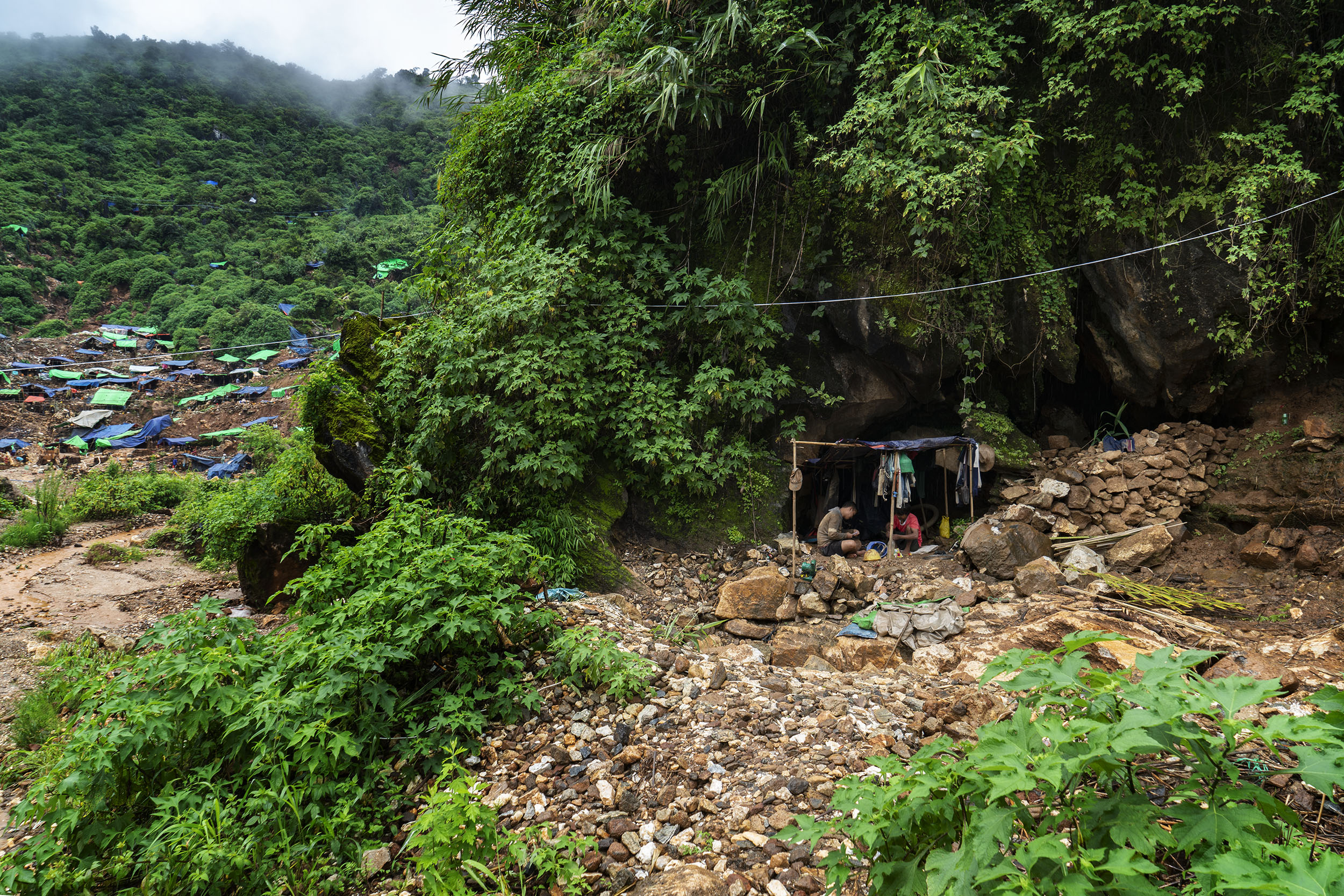 Perched in the mountains 200 kilometers from Mandalay, more than one hundred thousand inhabitants equally divided between ethnic groups, Mogok is a city in a limbo. For over 50 years it has been periodically closed to foreigners. The valleys around Mogok, a plateau at 1200 meters above sea level, are dotted with mines. Large open-pit quarries, deep holes in the ground, improvised camps along streams.

Everything here revolves around extraction: there would be no other reason to live among these malarial tropical forests. Nationalized in the 1960s, today the largest and most technological mines are managed by mixed public-private companies that market gems on the foreign market. After the sunset of the Burmese road to the socialism of General Ne Win, a private sector was authorized in the country.

The mine photographed belongs to private individuals and was previously managed by an independent army branch. Run by humble Burmese, it is subject to constant guerrilla warfare and destined to return to the ownership of the revolutionary army.