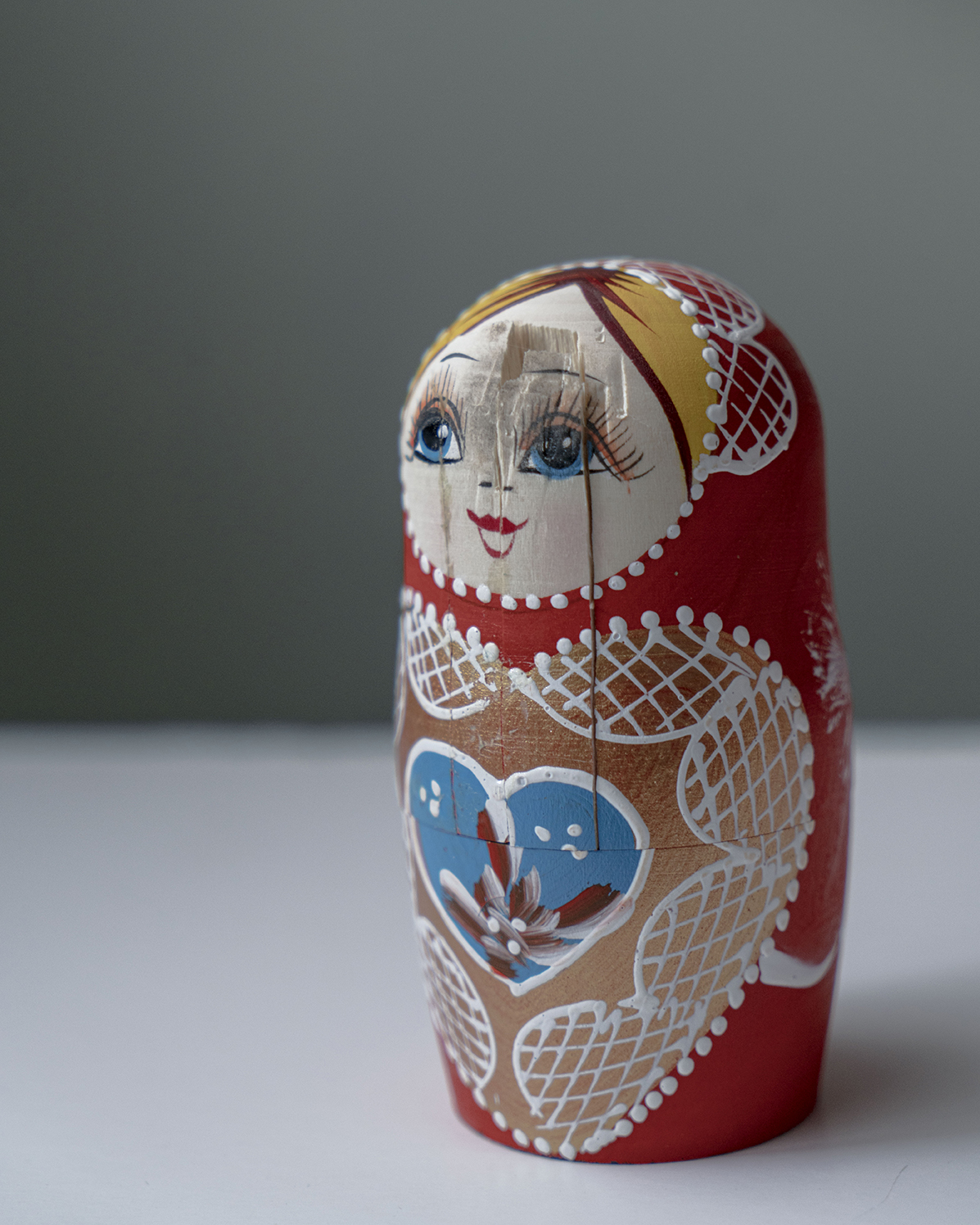 The Rita and Alex Hillman Foundation Fellowship has provided me with the opportunity to discover new ways to address mental health in my art practice. The fellowship gave me time to research, experiment, travel to other regions of Italy to photograph. Support from the foundation also helped me to be accepted to the Eddie Adams Workshop 2022. My ideas of a more contemporary photographic approach, to exploring mental health, were well received during the workshop.

“Anastasia” is an ongoing project, begun in August 2022, about the psychological mindset of an eighteen years old Ukrainian girl. In May 2022, Russian attacks forced Anastasia to leave her life and to join her mother in Italy. Together with her parrot, she took refuge in a small town near Reggio Emilia, where she began to suffer from post-traumatic stress disorder (PTSD). With the support of her mother, this project began as a way to address Anastasia’s suffering through a photo-therapeutic pathway. We have worked with intervening with archival images. In some pictures, I’ve documented her destroying her childhood memories, as the war did in the Donbas region, where a missile leveled her grandparent’s home. I’ve depicted landscapes in Italy that are hard to distinguish from Ukrainian ones in order to talk about displacement.

War affects not only armies but also vast populations, which are largely forgotten, without sufficient help, especially in term of their psychological needs. PTSD affects many people, who are torn apart by traumatic events such as this. Through my photographs, I try to show Anastasia’s mental state, which fluctuates between anger, fear, loneliness and sadness. The goal of the project is to give more visibility to these pressing mental health issues.