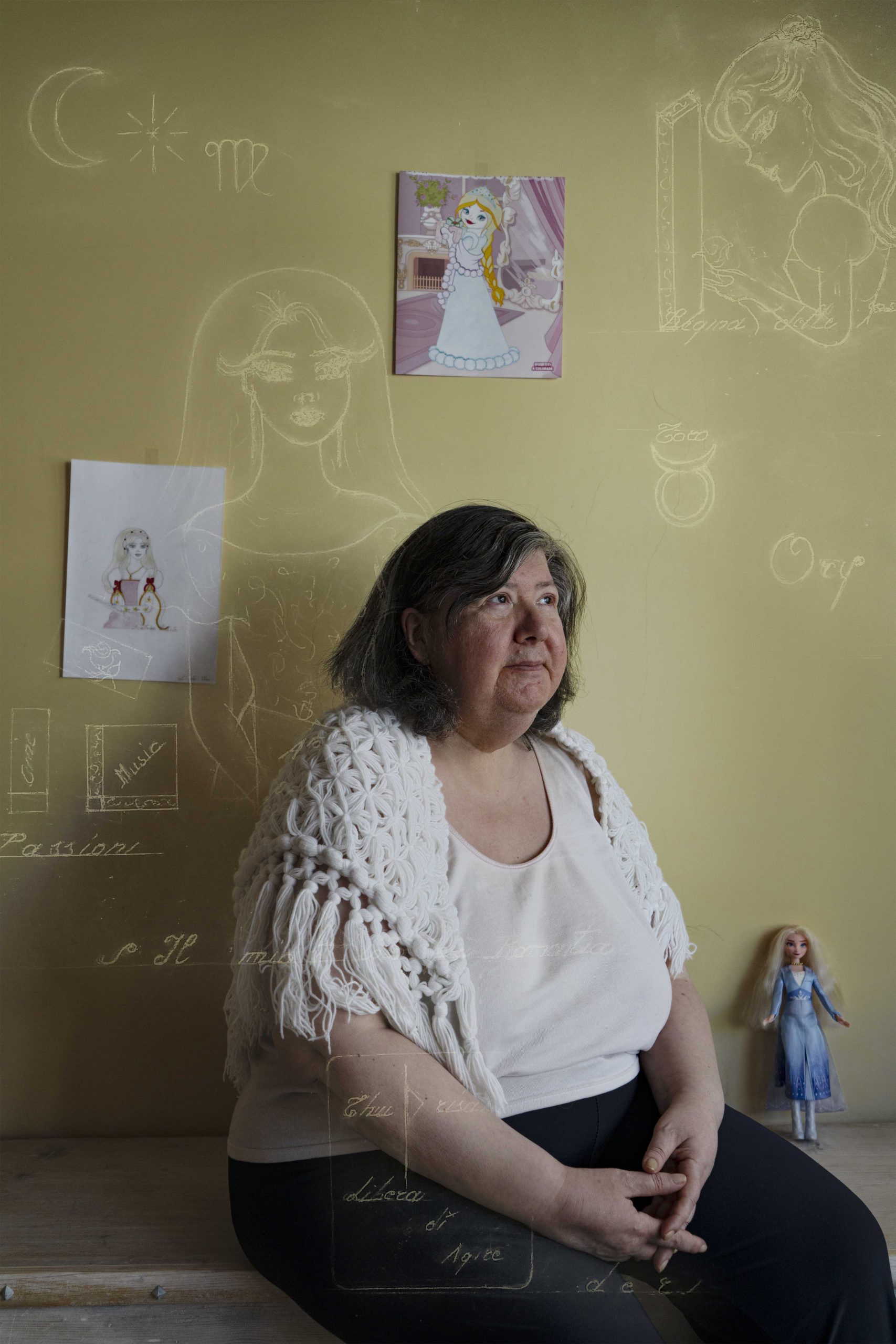 In 1978, the Basaglia Law in Italy sanctioned the closure of asylums and was focused to eliminate discrimination against mental disorders.
Today, we have not yet eradicated the stigma surrounding mental health.

At certain times, unforeseen difficulties test our personal ability to handle negative emotions. When worries or fears go out of control, there can be a growing disability that interacts with our lives.

As prevalent as ever the issue is affecting perhaps every family and, directly or indirectly, each of us.

On the other hand, misinformation and prejudices force each one of them to isolate themselves, for shame or fear of tag such as “crazy”, “freaky”, and so on.

Mind Colors is an ongoing project started in May 2020 and realized in collaboration with psychiatric patients, due to the Local Health Care Unit of Rome. Set in Primavalle on the outskirts of Rome, the wonderful people portrayed have chosen to show part of their reality, overcoming the shame and fear of prejudices still too widespread.

Published in a book produced by the Ostkreuzschule University of Berlin;